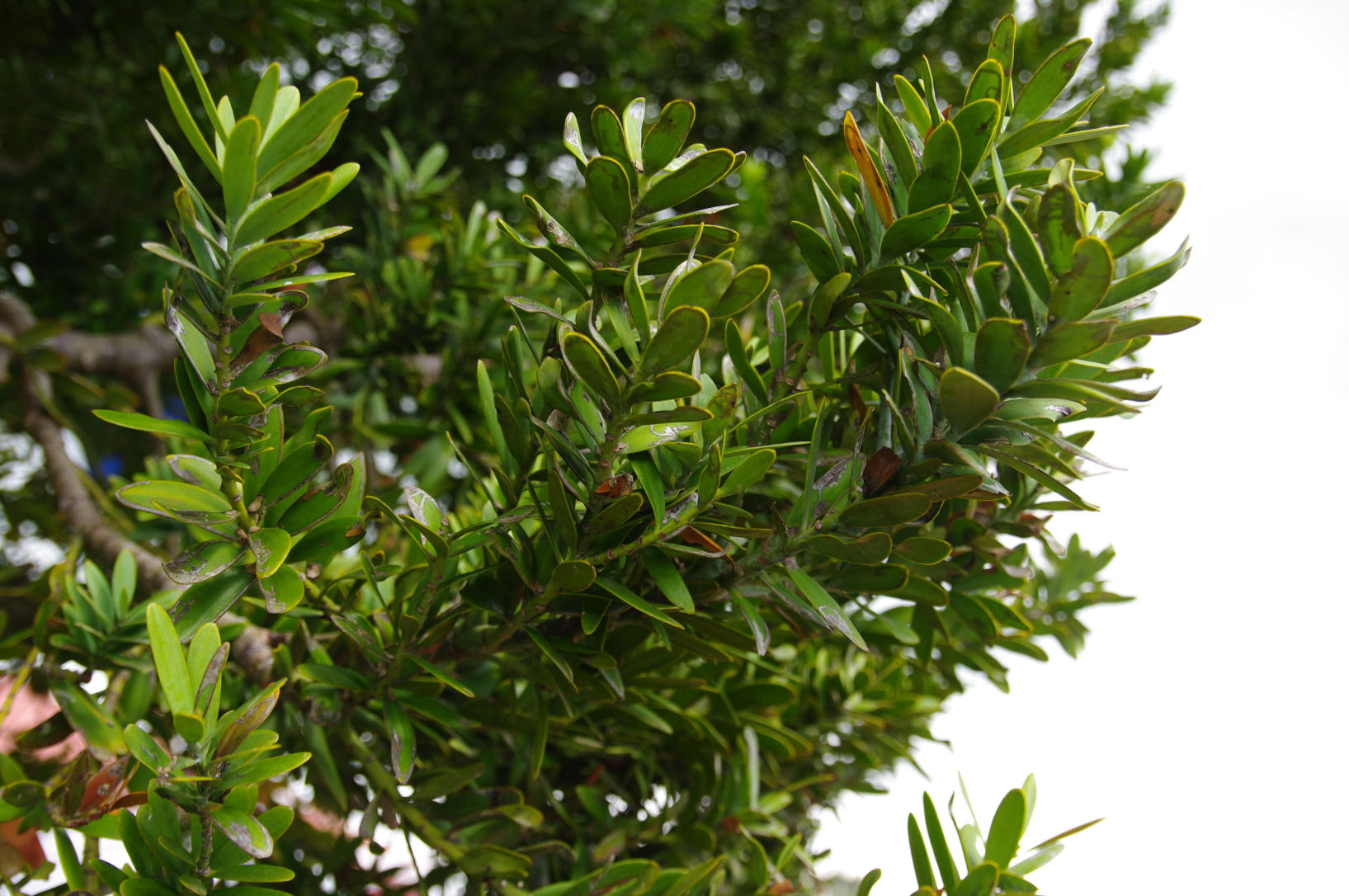 Agathis, commonly known as kauri or dammara, is a genus of 22 species of evergreen tree. The genus is part of the ancient conifer family Araucariaceae, a group once widespread during the Jurassic and Cretaceous periods, but now largely restricted to the Southern Hemisphere except for a number of extant Malesian Agathis

Mature kauri trees have characteristically large trunks, forming a trunk with little or no branching below the crown. In contrast, young trees are normally conical in shape, forming a more rounded or irregularly shaped crown as they achieve maturity.

The bark is smooth and light grey to grey-brown, usually peeling into irregular flakes that become thicker on more mature trees. The branch structure is often horizontal or, when larger, ascending. The lowest branches often leave circular branch scars when they detach from the lower trunk.

The juvenile leaves in all species are larger than the adult, more or less acute, varying among the species from ovate to lanceolate. Adult leaves are opposite, elliptical to linear, very leathery and quite thick. Young leaves are often a coppery-red, contrasting markedly with the usually green or glaucous-green foliage of the previous season.

The male pollen cones appear usually only on larger trees after seed cones have appeared. The female seed cones usually develop on short lateral branchlets, maturing after two years. They are normally oval or globe shaped.

Seeds of some species are attacked by the caterpillars of Agathiphaga, some of the most primitive of all living moths.

Various species of kauri give diverse resins such as kauri gum. The timber is generally straight-grained and of fine quality with an exceptional strength-to-weight ratio and rot resistance, making it ideal for yacht hull construction. The wood is commonly used in the manufacture of guitars and ukuleles due to its low density and relatively low price of production. It is also used for some Go boards (goban). The uses of the New Zealand species (A. australis) included shipbuilding, house construction, wood panelling, furniture making, mine braces, and railway sleepers.

Still here ? So why are we called “The Kauri Tree” , well it’s quite simple – we’re from New Zealand (but based in Witney) !